“Not Yet Ready For Hope: A Lenten Reflection on the Eve of Easter” 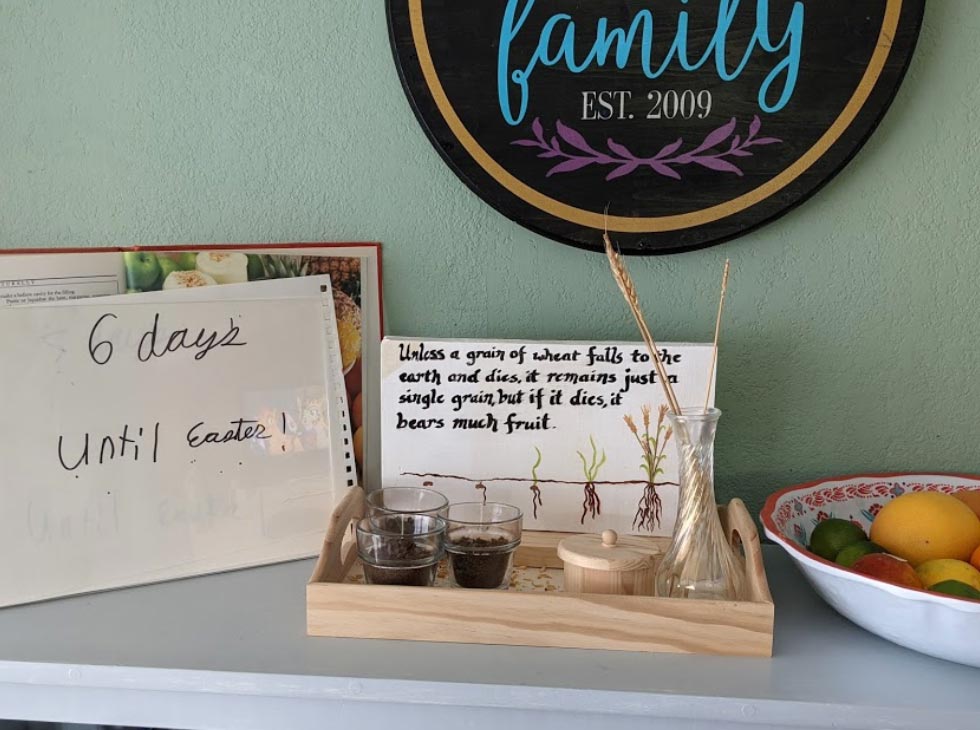 It was only 11 days before Easter when I embarked on my outing to purchase the “Easter Stuff” for the kids. I knew this number thanks to the countdown my nine-year-old orchestrated in the kitchen, as she took over my cookbook holder to make it the center of attention. Usually, shopping trips had the effect of shopping therapy for me and would lift my spirits, but as I drove into the strip mall parking lot, I was full of sadness. I wasn’t ready to embrace the Hope of Easter. I started crying as I tried not to hit the busy pedestrians. Why was I crying? Why right now was I experiencing this emotional purgation?

These were not annual lenten tears, no ritual had I established for this. Sure a tear of a cry of repentance might be a tradition. But not these tears. These were tears of Hope trying to break through to the surface after a year of hope feeling trampled and beaten from all angles. These were tears of a withered, feeble green begging for survival, for just a little bit of water and sunlight could bring it back to life. If only I could let the Son shine on it. It was an ever so painful year for the little flower of Hope and for society which had been rearranged quicker than a tic tok video.

We traditionally gather in Church on Fridays in Lent and sing “were you there when…they crucified my Lord?” We ask this to bring ourselves in compassion with the suffering Christ on His way to Calvary. I know this year we have in turned asked Jesus the same question, unsure at times of the answer. Allow me to take liberties here and attempt to demonstrate some of the many cries of this past year that have beaten like a drum inside of many, inside of myself.

God were you there when the whole earth was ushered, like a thief in the night, into a great tribulation, which like the apostles, we had not understood what you had said.

God were you there when the elderly were imprisoned in their rooms without any fault of their own.

God were you there when civil and religious leaders handed us over to the bidding of the schemes of the prince of darkness?

God were you there when angry mobs destroyed our streets and demanded justice for criminals but fought to condemn the innocent to death?

God were you there when the world asked ‘what is truth?’ but preferred to silence the truth and knowingly spread deceit?

God were you there when the blows of our fallen humanity hit us repeatedly, nearly beating our spirits to death?

God were you there when those crowned with intense mental and emotional struggles were tempted to the tree of Judas because they could not handle the darkness any longer?

God were you there when the health care workers attempted to alleviate the suffering of humanity but all they could do was to wipe away a few tears through their PPE?

God were you there when we fell to our knees not knowing how much longer we could carry the crosses of schooling our children at home and providing for all their needs without even a Simon of Cyrene allowed to be near us to lift our burden?

God were you there when the winter storm came and our lives were at stake and instead of help, we received mockery from the media, spitting propaganda in our mask-covered faces?

God were you there when our arms were open wide yet they were nailed down, not allowed to embrace the ones we loved?

God were you there when the poor cried out “why have you abandoned me?” but everyone was too busy with their own sorrows to hear their cries?

God were you there when the dying died alone without even a priest to quench their last thirsts for you? 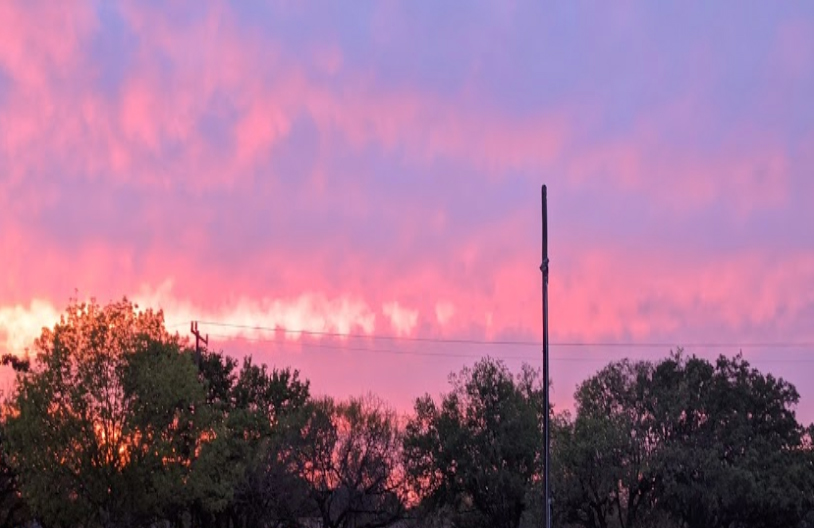 Reviewing the scenarios in my head, one after the other. It seems that we have lost almost every battle we set out to face with only minor victories. It seems that darkness, confusion, anxiety, hatred all have gotten the upper hand. That we may be under the foot of darkness and not the foot of Mary resting on top of its head. Well, we have been defeated but no more defeated than Jesus at the 3 O’clock hour on Good Friday. At 3 O’clock, darkness covered the earth, the earth shuttering underfoot, the temple veil torn in two and we watched God being legally murdered under the state, the church, and their citizen’s approval. God was dying and in fact, was dead. God had been defeated. And then God laughed. He laughed at all the darkness, death, and destruction because he had and always has the last word. The bursting of light through the body engraves an image of the dead God, no longer dead but indeed death’s captor. (Image of the Shroud of Turin)

“Those who die with Christ shall also be raised with Christ.” So let us die with our Lord in this moment of defeat in the History of the World, our Country, Our Church, in Our Families. Let us remember that Hope is the stone rolling away after 3 days of darkness and defeat had sunken into the hearts and minds of the disciples. Hope is a fallen race being redeemed by a God that became man so fully that he died the death of a Criminal and then left His Church into the fallen hands that he had redeemed. Hope is the single candle lit in a dark church and the thirst for light that spreads more powerful than a California wildfire through the hearts of those that desire it.

Perhaps this is the first Easter I’ve truly learned to Hope. Let us stay at the tomb together, the stone will be rolling away soon. The children will be waking up soon to Easter baskets hesitantly prepared in a time of darkness. We will wake up remembering the previous year. And digging down deeper to our roots than ever before, we will be thirsting for that eternal life God has promised to us and we will be satisfied, for he has left us with the Bread of Eternal life. Let us not fast from Hope any longer.

Meditate on this reflection if you would like accompanied by the Vigil Project singing “Were you there?”

Fins Some Lenten crafts for the kids HERE 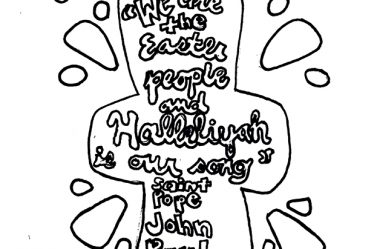 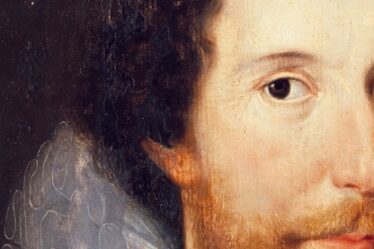 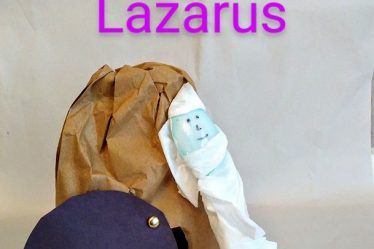